“Some time ago, we received a visit in Samos by a team of students from Deree – The American College of Greece which was the occasion for a very constructive and creative experience.

Creative activities, such as painting and crafts, as well as sports, such as football, running and volleyball, led students and children to become a team that, as an observer, you would think they had known each other for a long time.

During the activities, we (the facility’s staff members) detected the children’s intense satisfaction and pleasure, who, from the first moment, became one with the students. We were impressed by the fact that all the children participated in the activities, leaving the house empty, something that happens in rare cases!
Successive discussions between students and minors, with great excitement on the part of the students, regarding both the level of the English language of minors and their athletic skills.

This beautiful experience ended with a meal at a traditional tavern, listening to traditional Greek island music with dancers in traditional costumes, whom students and children enthusiastically accompanied to dance.” 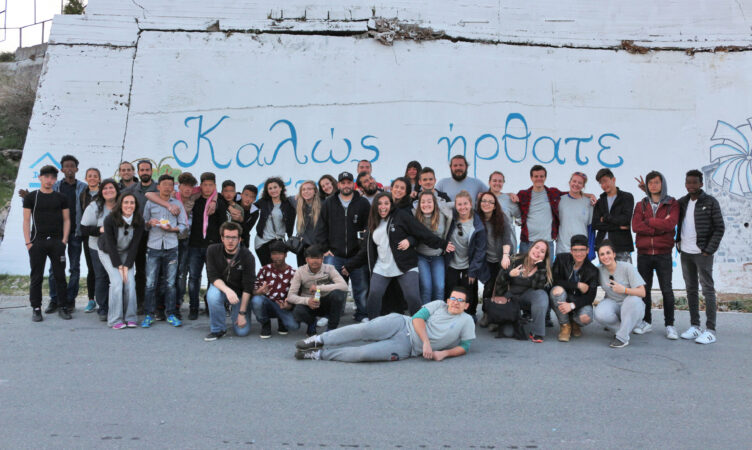 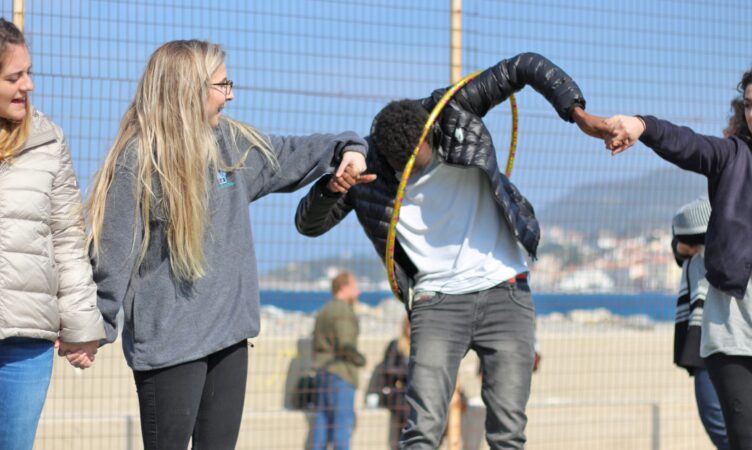 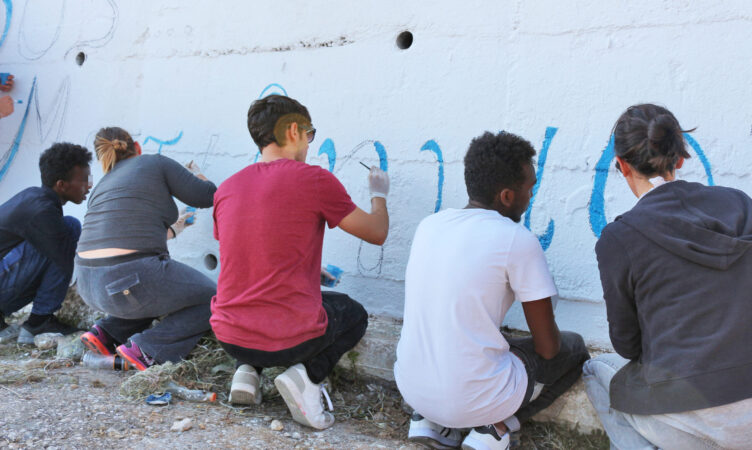 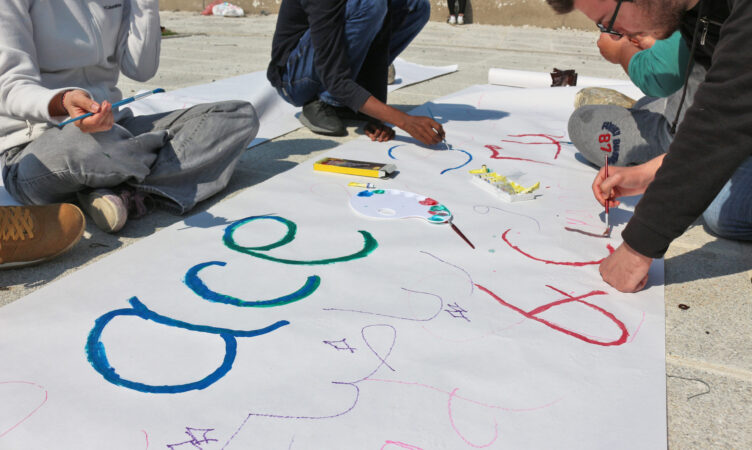 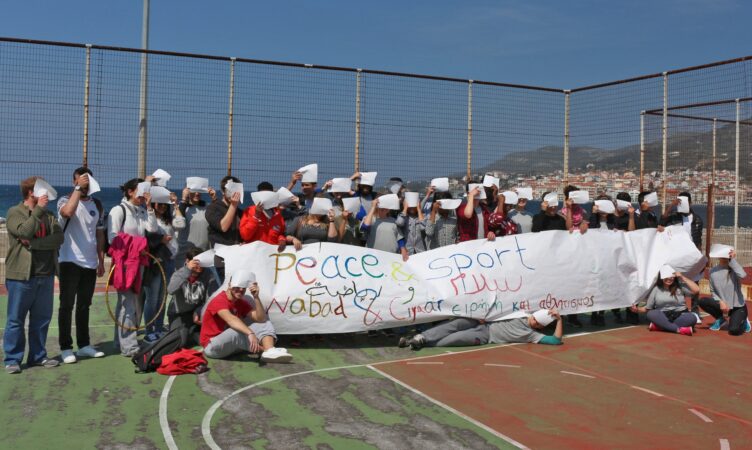 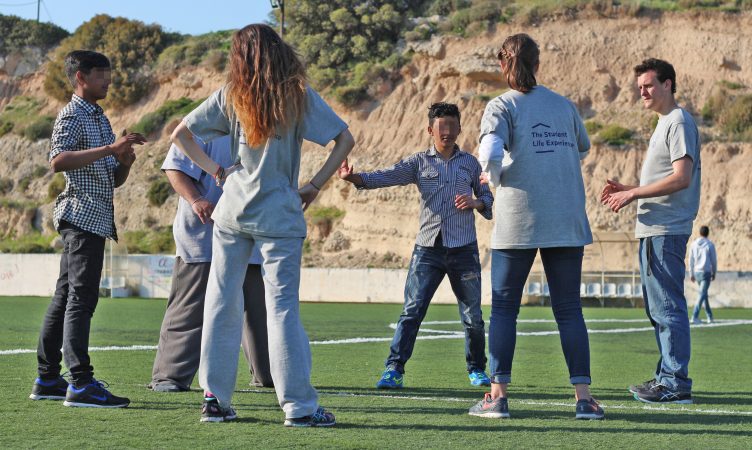 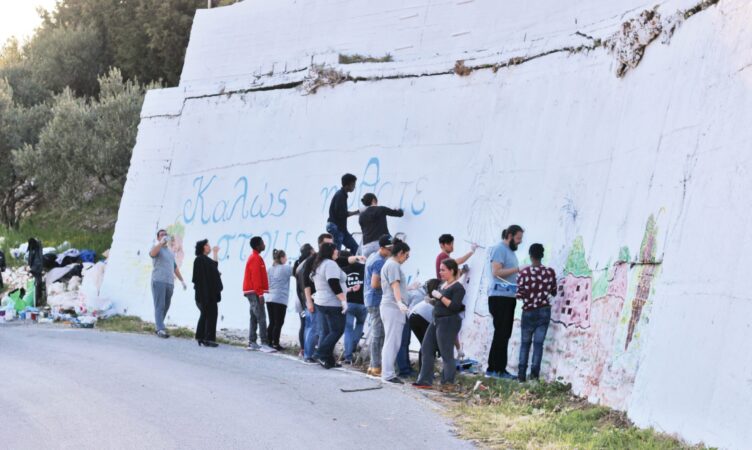 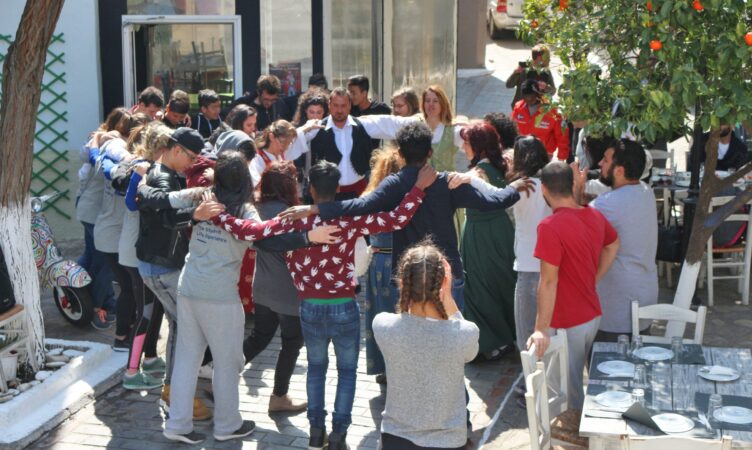 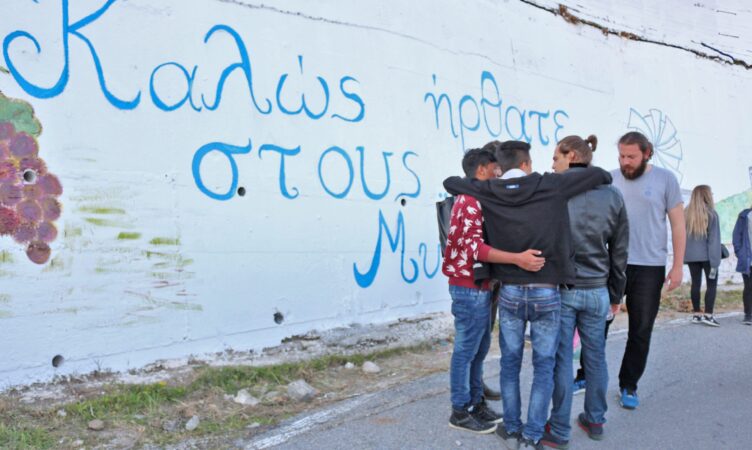 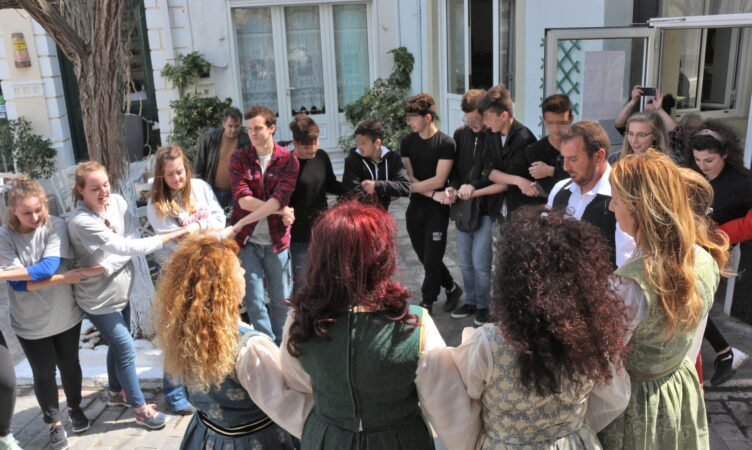 On behalf of Deree’s Meaningful Engagement Program, Dr. Matilda Chatzipanagiotou, Dean of Students, told us:
“The children of the island opened their arms and we shared substantial volunteer experiences with them. Our students and the children accompanied the Samian dancers to the local circular dances forming a big hug in the center of the village. It was a marriage of tradition and our present, which is so beautifully multicultural when we look at it with the eyes of the heart.
The most distinct experience of interaction was the joint voluntary action in the village: Deree students and the children hosted in METAdrasi’s facility, under the guidance of the Samians, painted a large “welcome” at the entrance of the village and enjoyed the local treats.

A celebration of hospitality. This is what we all experienced that Sunday. We wish our paths to meet again and we warmly thank METAdrasi for the cooperation.”

Many thanks to the students and their escorts from Deree for the wide smiles they gave to the faces of the children!

Mini Lexicon facilitates the communication among refygees and migrants

A celebration with music, flavors and wishes from different parts of the world