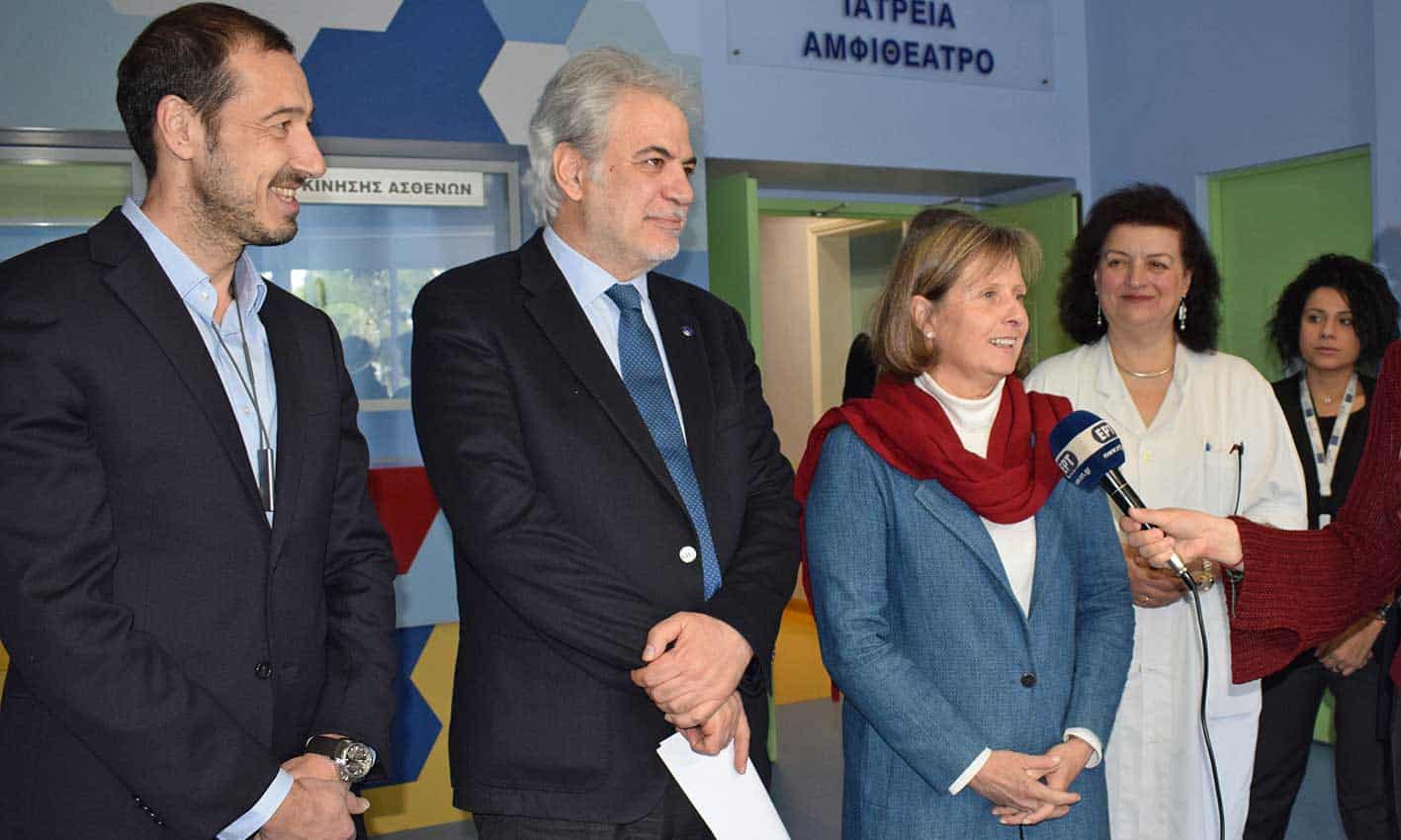 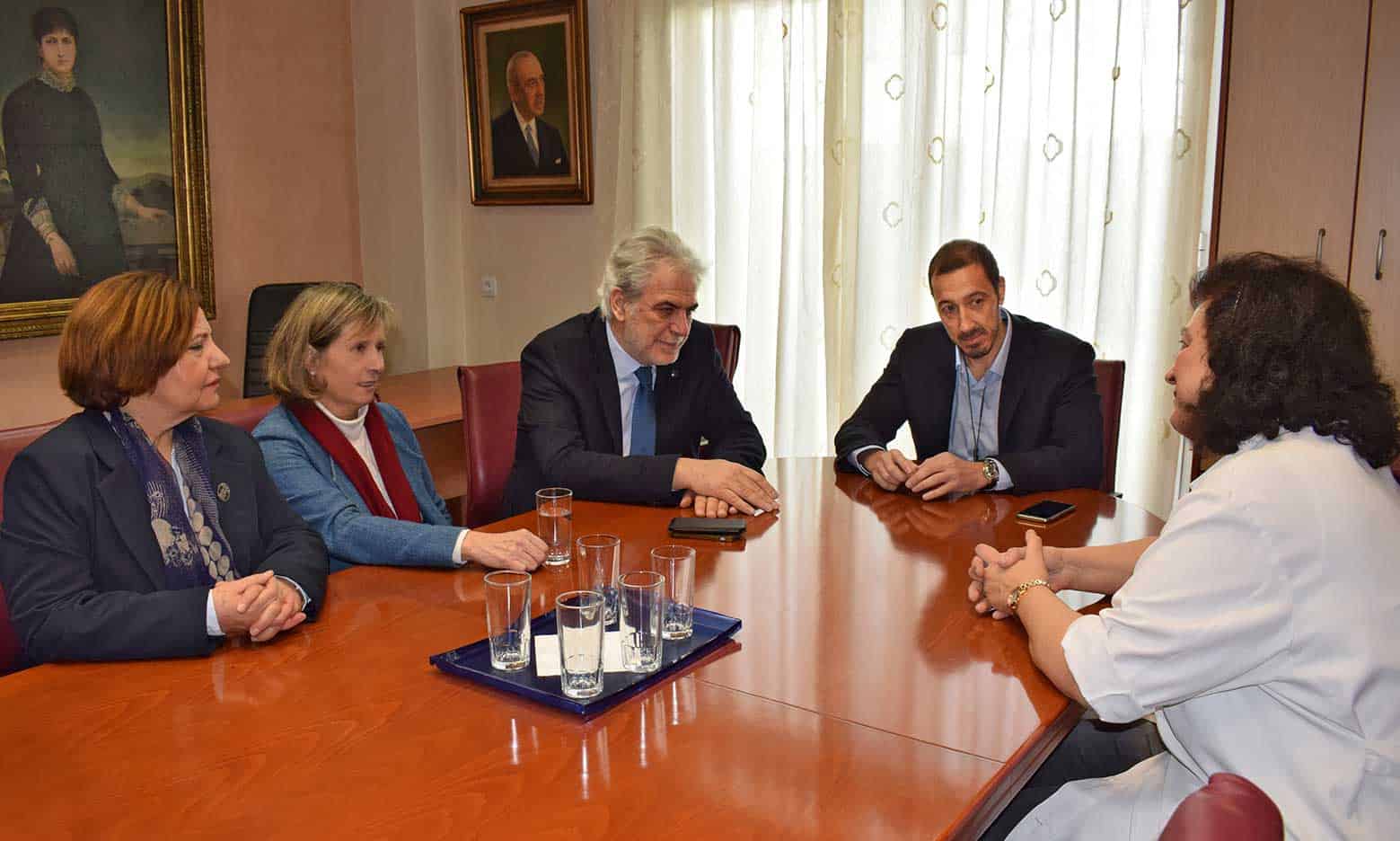 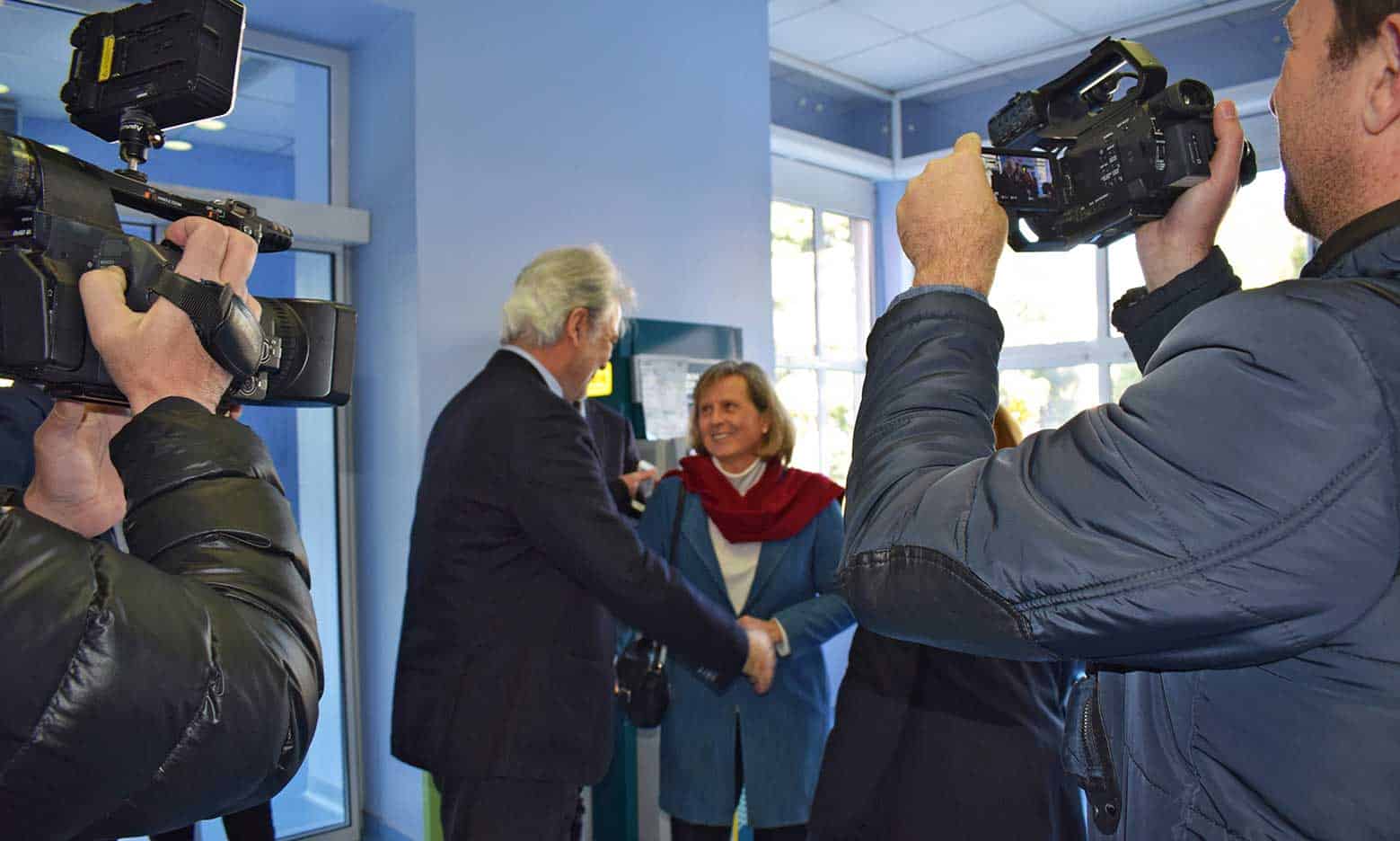 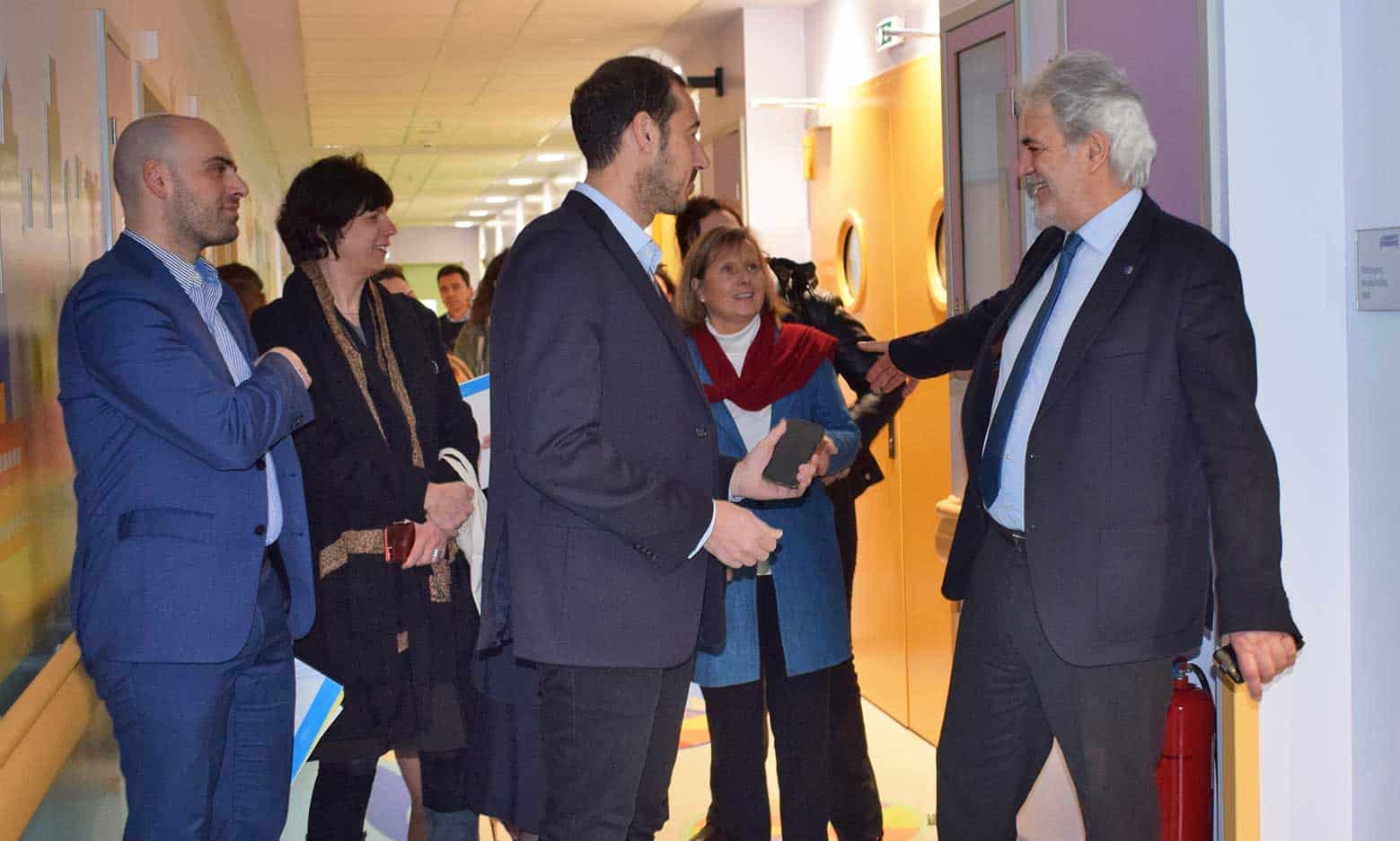 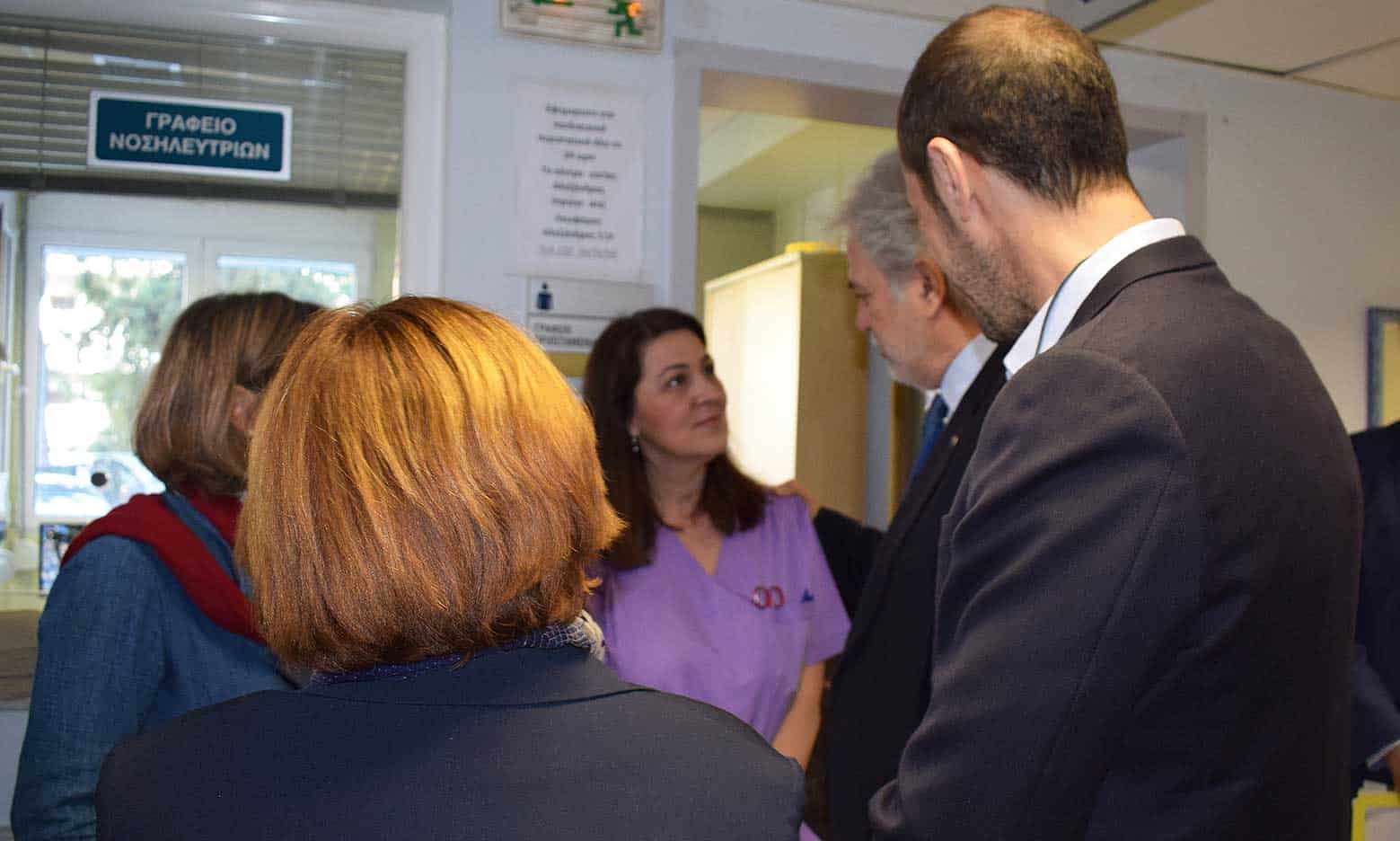 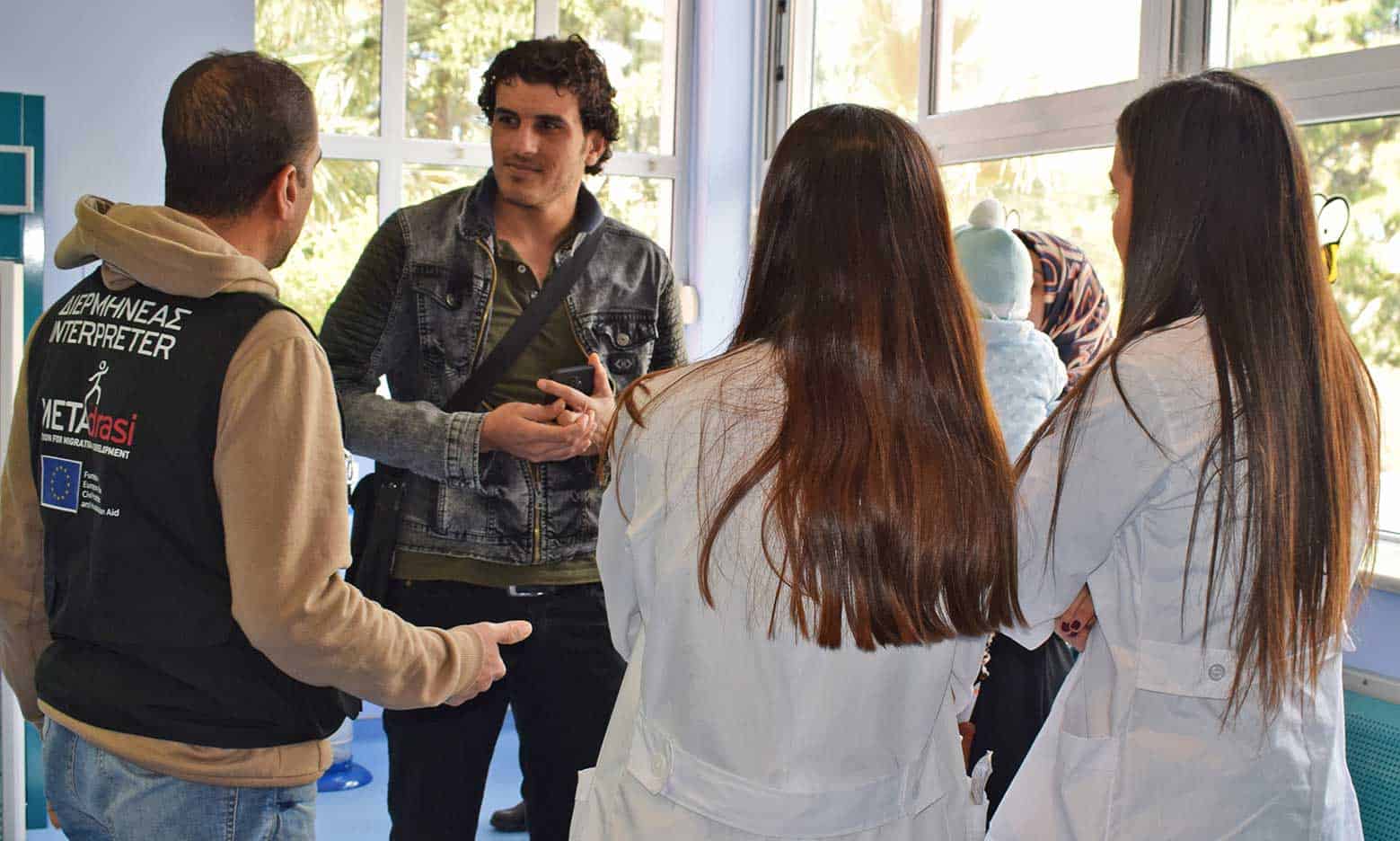 On Thursday, February 28th, during his visit to P. & A. Kyriakou Children’s Hospital, the European Commissioner for Humanitarian Aid and Crisis Management, Christos Stylianides had the opportunity to discuss with the Hospital’s Chief Executive Officer Emmanouil Papasavvas, the medical staff, as well as METAdrasi’s specially trained interpreters’ team.

Mr. Papasavvas, doctors and nurses, highlighted the crucial importance of the facilitation of their communication with refugee and migrant patients. The activity “Provision of Interpretation to Healthcare Services” enables them to understand the patients’ words, in order to proceed with the correct diagnosis and helps them give their instructions towards patients in their own language, with absolute precision.

Despoina Tzina, Head of Emergency Department, added: “Interpretation is significant for the prompt and safe service provision to foreigners visiting on a regular or emergency basis. At last, a compelling need that we had been dealing with for years, was covered. The difference is enormous”.

Mr. Stylianides stated that he is particularly satisfied with the provision of interpretation services to hospitals by METAdrasi and congratulated the NGO’s team.

As of March 2018, the activity is being implemented with funding by the European Commission’s Civil Protection & Humanitarian Aid Operations department (ECHO). For the first time, the permanent presence of an interpreters’ team was made feasible on a regular basis, in hospitals throughout Greece. Within 11 months, more than 20,000 interpretation sessions have been realized, in 27 languages and dialects (such as Arabic, Farsi, Urdu, Punjabi, Kurmanji, Sorani etc.), in 50 hospitals. While the targets of the initial planning have been exceeded by approximately 120%, an increasing number of hospitals are asking to be included in the programme. Additionally, the provision of interpretation services via phone, helps tackling emergency cases and unscheduled requests, also from other healthcare entities (ex. Greek Social Insurance Institute departments, rehabilitation centers etc.).

“We warmly thank the European Committee for their valuable support towards a Greek Civil Society Organization and our efforts to bridge the communication gap in Healthcare. It concerns a long-standing necessity within hospitals. For this reason, METAdrasi, since it was founded in 2010, has been responding to hospitals’ emergencies, mainly on a volunteer basis and on its own resources”, pointed out METAdrasi’s president Lora Pappa. “Thanks to this programme, we also managed to finally realize a vision of 7 years and offer effective interpretation services from a distance, in real time, via teleconference.”

METAdrasi’s teleconference system was implemented for the first time, on a pilot basis, in two hospitals throughout the country, in Athens and Thessaloniki, in cooperation with the 2nd Health Care Region (2nd DYPE), using existing telemedicine resources in hospitals and advanced technology. METAdrasi’s wish is that hospitals’ infrastructure is supported, in a way that they may all be benefited by this innovation.

32-year-old Asma from Afghanistan, is holding in her hands young Safike, who is smiling to the interpreter. “A few days ago, Safike fell while playing in the playground and hurt her head” recounts Asma. “There was so much blood and we got scared. Thankfully, when we brought her to the hospital, an interpreter was present and we managed to communicate with the doctors. Today, we came to remove the stitches and thankfully everything went well. I really don’t know what I would have done otherwise!”

“I have been providing interpretation services at Tzaneio Hospital for a few months. Every day, I realize how substantial is what I am doing”, stresses Amina, METAdrasi’s interpreter in Arabic. “The other day, a refugee woman from Syria, while she was waiting, accompanied by her two little children, she fainted. My presence was important, because I could reassure the children, by talking in their mother tongue. Later on, when their mother regained consciousness, I helped her communicate with the doctors”.

45-year-old Karim from Iraq, had to be hospitalised at the oncology clinic of Papageorgiou General Hospital in Thessaloniki. METAdrasi’s interpreter in Arabic was called to facilitate the communication. The doctor tried to explain to the patient and his wife that his condition is critical and that they are doing their best. The wife’s questions, who needed to know the truth, moved everyone. The interpreter remained until all the questions of the patient and his wife were answered and they were feeling that, although they are in a foreign country, there are people who can help them. Today, Karim continues his fight… He keeps smiling and he always expresses his gratitude to the doctors and the interpreters who are by his side.