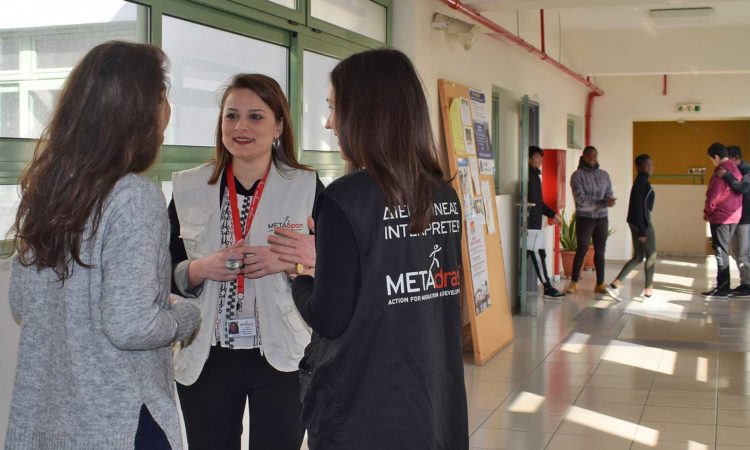 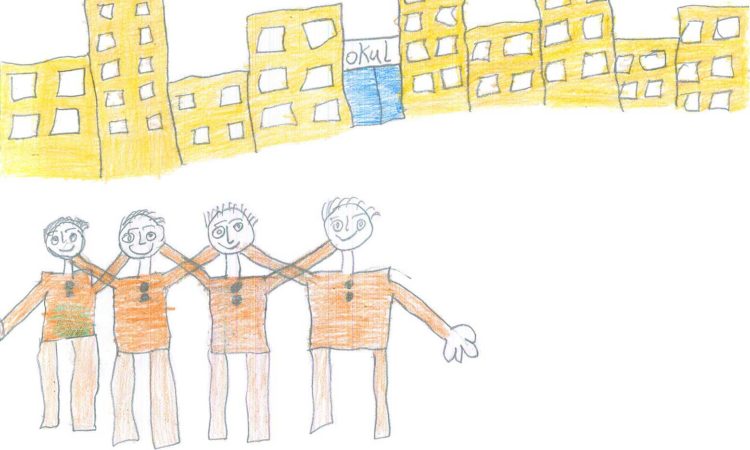 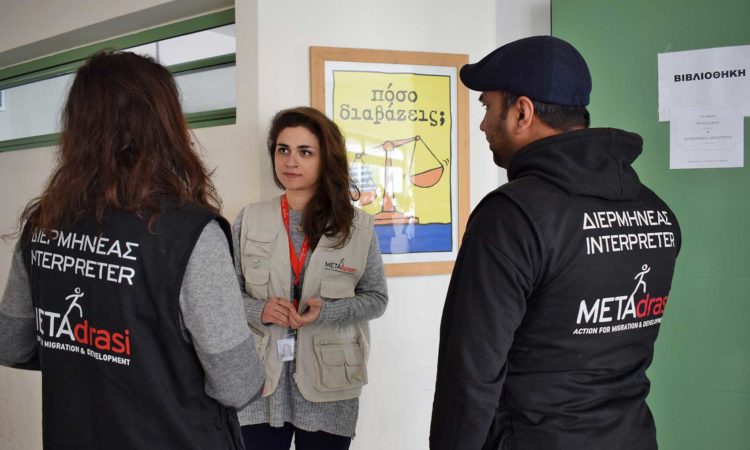 Zahra is 32 years old and arrived from Palestine to Greece, along with her husband and her 10-year-old daughter, 8 months ago. We met her in the yard of her neightborhood’s primary school.

“It is very important that Iman, my daughter, had an interpreter’s help during her first days at school. Equally important is the fact that I can communicate with her teachers and the principal. Today, with the help of METAdrasi’s interpreter, I was informed regarding Iman’s progress, ways to help her in her efforts, as well as about the school excursion at the end of the year!”

Since January 2018, METAdrasi provides interpretation in public schools, facilitating the communication among principals, teachers, refugee and migrant children – from 28 different nationalities – and their parents. During the school year 2018-2019, in the context of the activity “Interpretation for Education”, 145 certified interpreters in 17 languages have accessed more than 250 schools in Attica, Northern Greece and Epirus, providing 2,000 hours of interpretation.

The activity “Interpretation for Education” is being implemented in co-operation with the Greek Ministry of National Education and Religious Affairs and with the support of UNICEF.

The Embassy of France in Greece symbolically honours METAdrasi’s president, on the occasion of the International Women’s Day