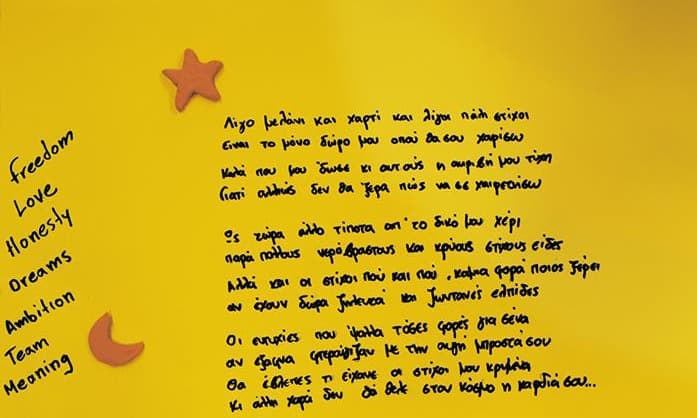 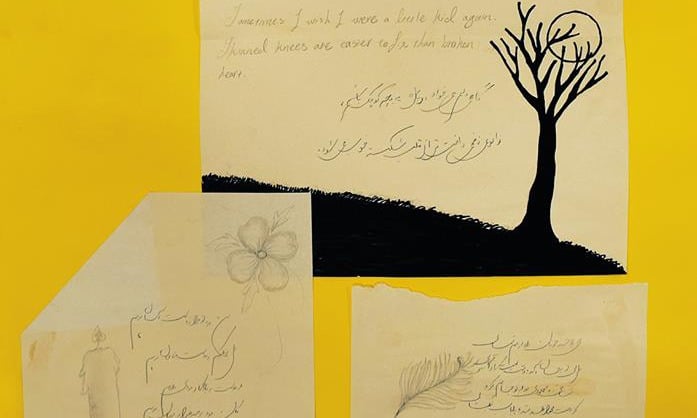 The unaccompanied children, aged 16-18, who live in METAdrasi’s apartments of Supported Independent Living*, discussed and improvised, inspired by the poem “Ligo Melani” (A bit of ink) by Souris.

Vasso, a member of our team and a drama therapist, presented the poem to the children and the discussion that followed covered issues such as affection, love, existential concerns, as well as the way each one expresses them.

Then, the children expressed themselves in their own way, writing poems of their favorite poets, like the Iranian Hafiz Shirazi, painting and writing their own poems:
“Sometimes I wish I were a little kid again.
Skinned knees are easier to fix than broken heart”.

Let’s all support the unaccompanied children! Get your tickets for the special fundraising performance on Monday, 18th of February, at Pallas theatre.

*METAdrasi’s apartments of Supported Independent Living for Unaccompanied Minors are supported and funded by UNICEF.

METAdrasi’s program for temporary accommodation of unaccompanied and separated children in foster families: “I love you, dear uncle Zad”

Uncertain Futures: A briefing note on the situation for unaccompanied and separated refugee children in Greece