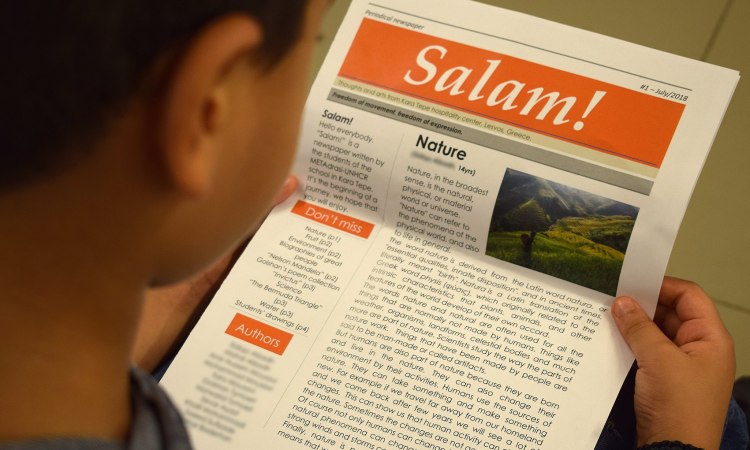 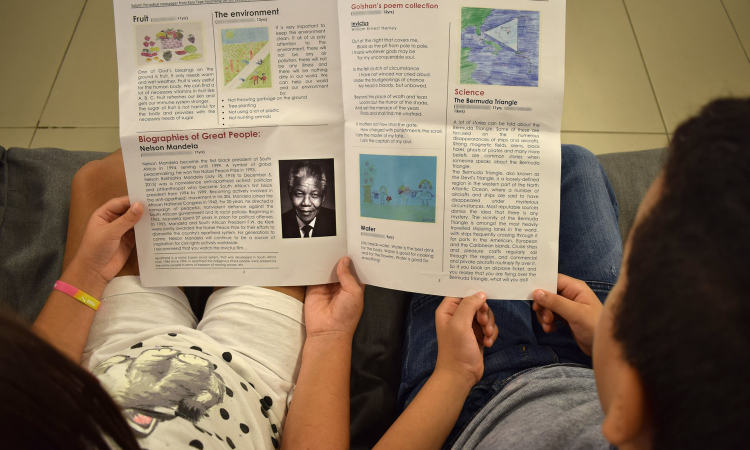 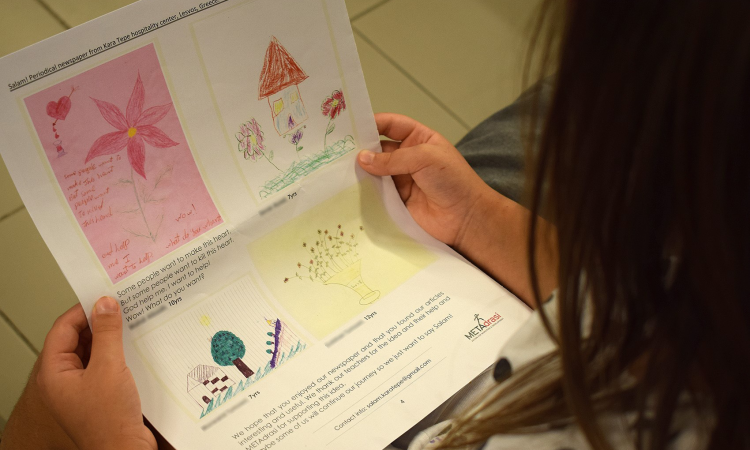 Students of METAdrasi’s Non-formal Education Center at Kara Tepe, in co-operation with two educators, employed their imagination, creativity and talent in journalism and created a newspaper entitled Salam!

The newspaper circulated at the camp of Kara Tepe, where the parents had the opportunity to read the topics chosen by the young students.

The subjects that inspired the children were nature, environment and science, while the newspaper also included a special feature on Nelson Mandela, as well as poems and drawings.

Salam! traveled all the way to Athens where it reached the hands of children that visit our offices.