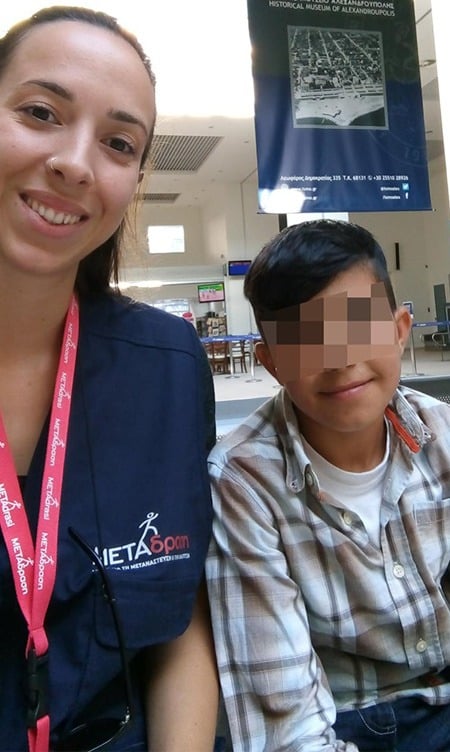 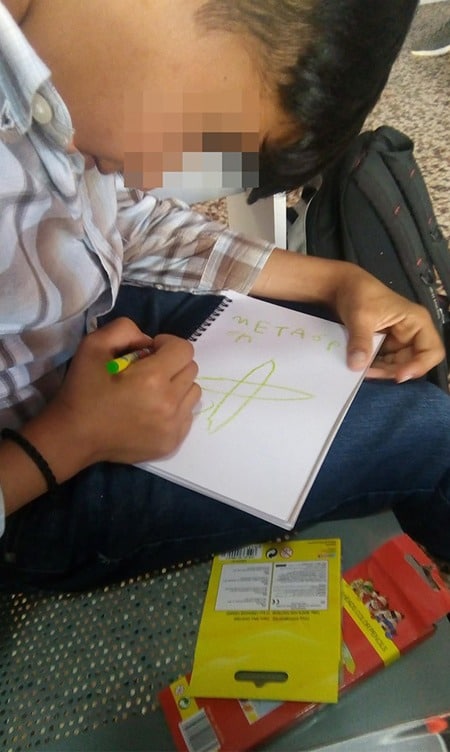 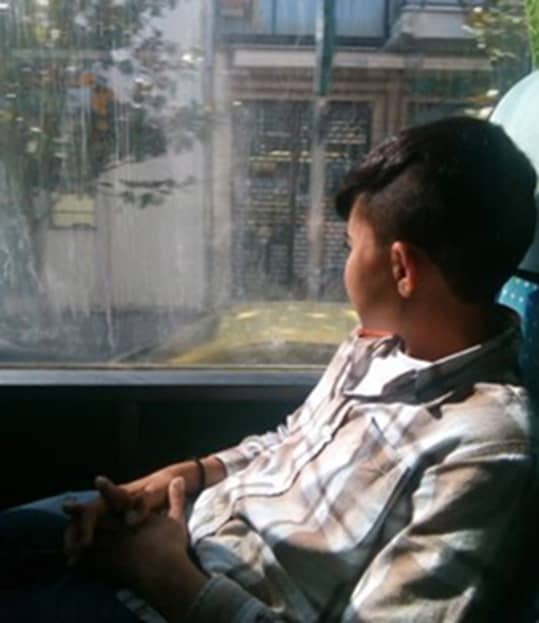 “I picked 9-year-old Aziz up from the Reception and Identification Center in Orestiada. He had traveled from Afghanistan with an adult compatriot, but had been left alone soon after. My colleague, who was his Guardian since he arrived in Greece, had informed me that he was a very timid and introvert child. After saying goodbye to his friends, he headed towards the exit with his head down and hardly answered my questions. When I told him that he was finally free, he smiled for the first time!

While waiting for the bus, with the help of an interpreter, I informed him regarding our trip. He was observing everything around him, especially the people, but he had his head down. I gave him a sketch block and coloured pencils and his face lit up with a big smile! At first he hesitated to use them, he was just examining them. I told him that these now belong to him, as they are a gift from METAdrasi and I asked him whether he could write and read. In order to prove it to me, he wrote on a paper the word “METAdrasi” that he read on my vest. I told him that he had written excellently and that his handwriting is very nice! After this, he relaxed and became more communicative. He continued to draw with only one colour, so as not to spoil them all. When I pulled other colours out of the box, he immediately put them all back in carefully and continued to draw.

At some point, his attention was caught by little kids from Turkey that were playing nearby. As he told me, he knew Turkish and understood what they were saying. He was looking at them and laughing. Eventually, a little kid, around 3, approached him and he gave him his croissant!

Little Aziz is now safely hosted in an accommodation facility for unaccompanied children. He is lucky because, as there is a lack of proper facilities, more than 3,000 other unaccompanied children remain in inappropriate conditions, even on the road. Aziz will go to school and will be offered support and care. His life won’t be easy, but I wish him to fill it with many, beautiful colours!”

Warmest thanks to UNHCR for the substantial support and to Aegean Air for providing us with free tickets, which are indispensable in cases of long journeys regarding exceptionally vulnerable cases, like Aziz.

Visiting the “City of Robots”

A family home for unaccompanied children by METAdrasi

“ALL CHILDREN HAVE THE RIGHT TO GO TO SCHOOL. DO NOT TAKE THAT AWAY FROM THEM”