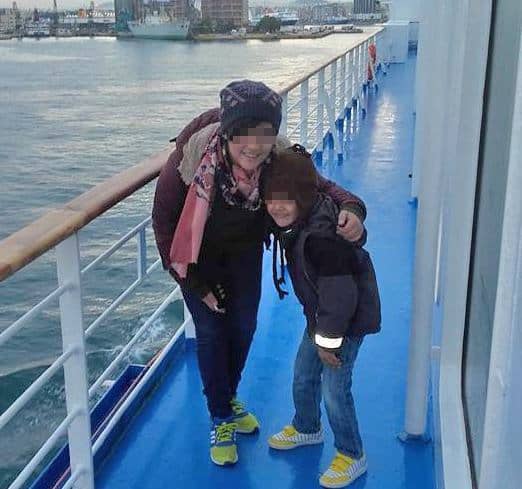 “Recently, we escorted two children from Lesvos to a proper accommodation facility: two siblings, a 15 year old girl and a 5 year old boy, who have lost their family. With ten years difference between them, enough to turn the older sister into mother and father of her brother. Something she had to hold up to, forgetting sometimes that she is a child herself.

One of the most moving parts of her narrative was the story about her hair: “Knowing that we would be leaving from Lesvos, a few days ago, I decided to cut my hair. Its length was below my waist and it now reaches up to my neck. Big change… but I wanted from now on to be somebody else, to leave the past behind and make a new beginning”. Symbol of maturity, someone could say, or starting point for a journey to adulthood. Dynamic, responsible as well as protecting and giving to her brother, who, throughout the course of this narrative, was sleeping in his bed, next to the big yellow truck. The one that, as he was saying just before falling asleep, can take him wherever he wants to and keep him safe, because it is big and sturdy and no one can hurt him… “And where do you want to go?”, I asked. “In Afghanistan, when I was a baby and we were all together.”

A unique art exhibition by our young students in Athens

Inadequate protection for the victims of torture: reception, identification and certification within the Greek institutional framework

From the protection mask against coronavirus to the mask of Agamemnon