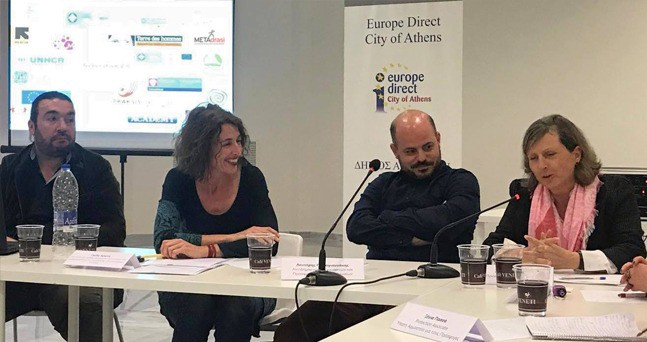 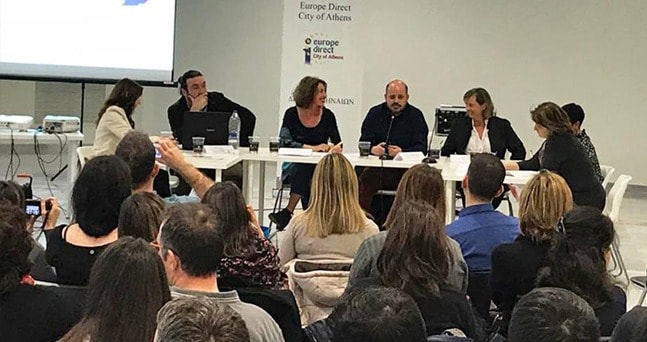 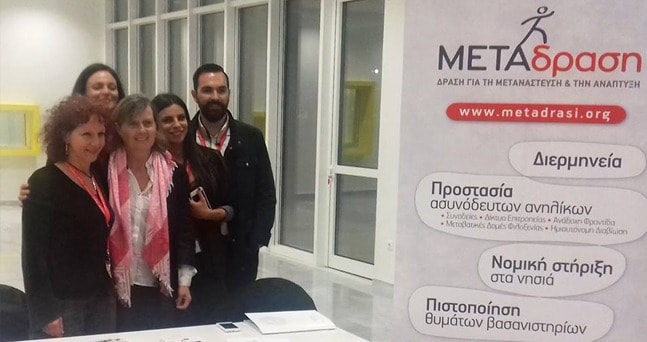 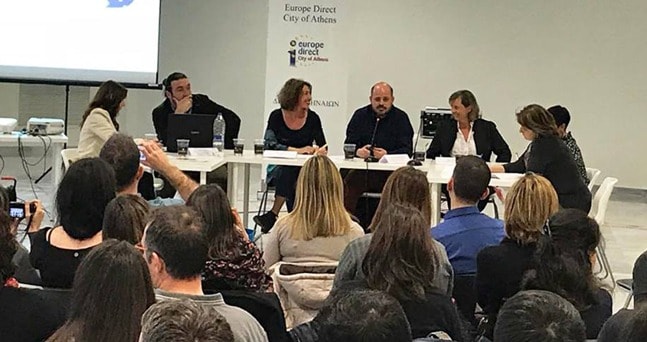 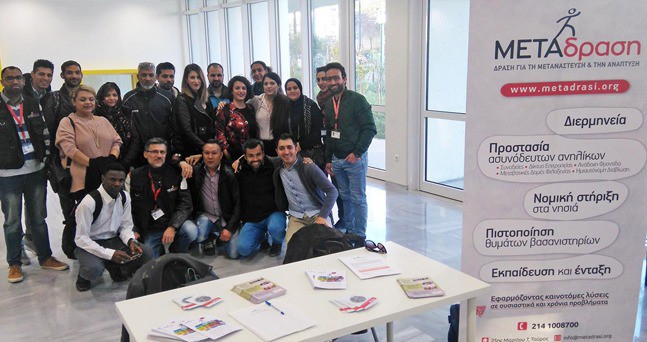 On Friday the 23th of March, METAdrasi participated in the open discussion “We Live Together – We Work Together” that took place at Serafio of the Municipality of Athens.

“We should contemplate on how migration could lead to development. Let’s face the fact that many refugees will stay here. If the Greek society broadens its horizons and makes good use of their knowledge and skills, it will be in everyone’s favor” said METAdrasi’s president Lora Pappa whilst presenting the challenges, proposals and positive results of METAdrasi’s efforts towards the support on the access of refugees and migrants to education and employment. The first step for integration is learning the Greek language. To that end, METAdrasi, from its very beginning, focuses on Greek language courses, having had more than 3,000 students attending on a daily basis.

With the help of Captain Vassilis and Carmen Konstantakopoulos Foundation we initiated the Stepping Stone programme, aiming to support mostly the integration of refugees that are still in camps or are temporarily staying in appartments, at risk of being found in the street, after the completion of the funding.

Among METAdrasi’s team members that attended the event were also greek language teachers with their students.

The event was part of the initiative of the Committee on the Development of Skills and Empowerment through Labor – Livelihoods of the Athens Coordination Center for Migrant and Refugees issues (ACCMR) in the City of Athens.

“Step2School – Support Class”: METAdrasi’s educational activity for refugee and migrant children, as well as the kids in the neighbourhood, is carried on